When James Stradley had the idea to open the first movie theatre in town, he needed money so he offered to sell his grocery store to his brother-in-law Wilmer C. “Ted” Ford, who had come to Cecilton in 1947 to work in the store.

What a wonderful opportunity, except that Ford didn’t have the money, so he approached Mrs. Davis, a prominent local resident, for a loan. She and her two daughters frequented the store and liked Ford, so she loaned him the money to open Ford’s Clover Farms Store.

It was a small independent grocery that sold Clover Farms brand along with other name brands, frozen food, produce and a meat department. The store had a full-time manager, Tommy Davis, and butcher, Bernard Brooks. Ford also had an off-premises beer license and sold tobacco products. There was a separate icehouse where he kept 300-pound blocks of ice and separated by a wall insulated with sawdust was a cooler. He sold Flying A gas that was trucked in from Tidewater in Delaware City, Del. 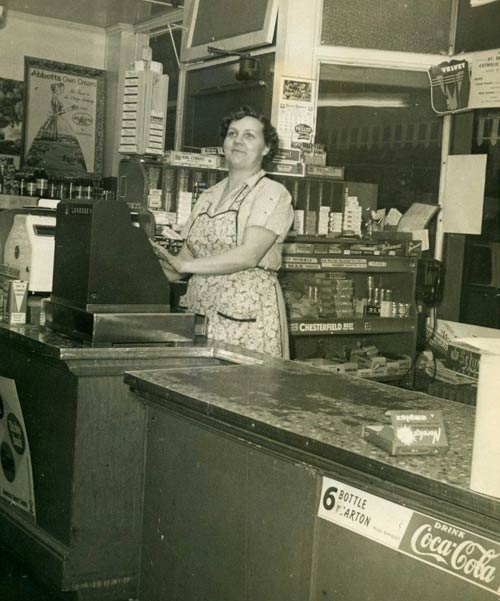 Ford would canvas the chain groceries and price his merchandise accordingly to stay competitive. He would take his grocery order to a man in Millington on Sundays and the order came in on Tuesdays. He got his milk from Losten’s Dairy, fresh asparagus from Green Giant, produce from Kent Island and brown eggs from local farmers. Customers dipped their own ice cream and bagged loose pretzels from a tub. They ordered their fresh turkeys for Thanksgiving and Christmas and bought their Christmas trees from the local store owner. Ford also sold the Baltimore and Philadelphia Sunday newspapers. Regular customers had papers reserved and the comic section was inserted on the inside of the paper. To differentiate, the papers for general sale had the comics on the outside.

Local residents were thankful to Ford for his generosity. He allowed his customers to keep running tabs by signing a “check” in the amount of the purchase, made payable to the store. His son, Larry, recalls this story which tells a lot about the integrity of his father.

“A stranger came into the store looking at the merchandise. He picked out numerous items and brought them to the counter to check out. Dad’s clerk tallied his bill and bagged the man’s purchases. The man looked at dad and asked if he was the owner. Dad answered yes and the man asked him to remove the items from the bag and add them up again so that he could be sure he wasn’t cheated. He commented that ‘You know how you country store owners are, you would add in a broom or something to make a little extra.’ Dad did as the man requested and the bill came to the exact same amount. Dad then instructed the clerk to start returning the merchandise to the shelves. The man protested that he was going to buy those items, but dad calmly told him that his money was not any good in his store and he should leave,” Larry recalled. 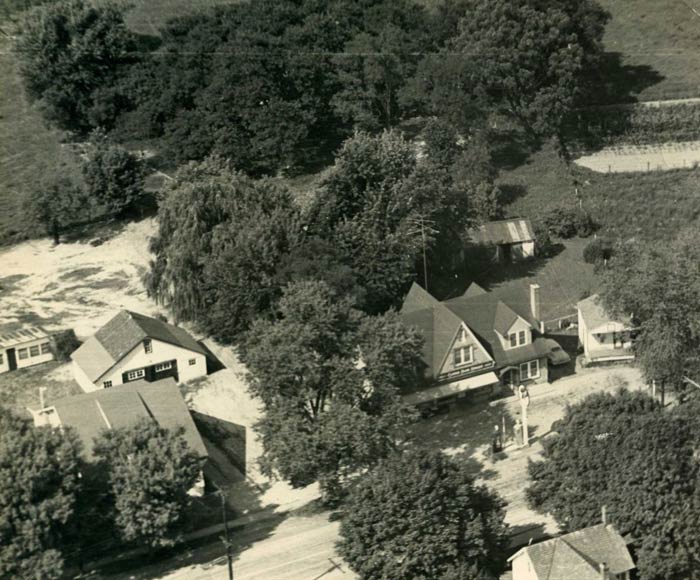 Wilmer C. Ford, nicknamed “Ted” by his grandfather, who was a fan of former President Teddy Roosevelt, was born on Aug. 9, 1913, in Christiania, Del.. He had two sisters, Alma and Helen. He married Ruth Reed from Newark, Del., and they had three children, Nancy, born in 1942; Bud, 1943; and Larry, 1950. Ruth was the bookkeeper and worked alongside Ted until it was time for dinner. The family ate at 4:30 p.m. daily so Ted could be back in the store by 5 p.m. when Tommy, the manager, would go home. The family lived in a house attached to the store. The first floor had a living room, kitchen, dining room, porch and carport with five bedrooms and a bathroom upstairs.

Always cognizant of the times, Ted saw the coming decline for “mom and pop” groceries and sold the store in 1966 to his manager, Tommy Davis. After selling the store, the family built a home on property formerly owned by Anderson Sale Yard. Obtaining his real estate license, he worked for L.C. Parker along with selling Nationwide insurance. Ted was also driving a bus for Mrs. Powell in Warwick when a chance meeting with Sam Dixon from the Cecil County Board of Education landed him a full-time job driving a bus which he did until they retired him in 1983 at the age of 70. Still physically fit and having passed all the driving tests, he was picked up by a private contractor and continued driving bus for 12 more years.

Ted was active in his community and served for 62 years with the Cecilton Volunteer Fire Co. holding numerous offices, including president for 15 years. He was inducted into the Harford/Cecil Fireman’s Assoc. Hall of Fame in 1997. Ruth passed away in 1986 and Ted died in 2009 at the age of 95.